Welcome Back To Our Newly Redesigned Website: Faster & More Accessible

In the world of botany and medicinal plants, it is common to find similarities between species and sometimes it is difficult to recognize them and tell them apart. This is the case of mimosa hostilis vs acacia confusa. These two trees have many similarities and it is not strange that they cause confusion when it comes to differentiate them. Both have elements and properties that make them allies in the world of medicine due to their pharmacological properties.

Acacia confusa comes from Taiwan and Southeast Asia (China, Philippines, and Japan). Like mimosa hostilis, acacia confusa is a member of the fabaceae family. It belongs to the leguminosae. It is considered a traditional medicinal plant in Taiwan an it is popularly known by the names acacia petit feuille, formosan koa, and in Taiwan as formosa acacia. While mimosa hostilis is native to South and Central America, especially from Brazil and Mexico. 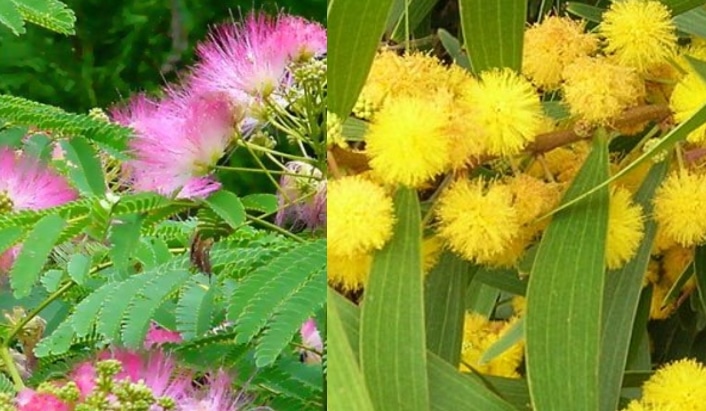 Mimosa Hostilis vs Acacia Confusa: how to tell them apart

When we talk about mimosa hostilis vs. acacia confusa, we find two plants full of elements and medicinal properties of great resemblance and this usually generates confusion but it is enough to observe and study them more carefully to differentiate them and appreciate their particular value, their similarities and differences. Starting from its place of origin, its elements and parts, to its uses and benefits.

Acacia confusa grows mainly in tropical and semitropical climates but is resistant to strong environmental changes. It survives and adapts very well to Taiwan’s climate which can be drought for up to 6 months at a time and then of heavy rains. This plant is protected in Taiwan because it helps prevent landslides caused by earthquakes and heavy rains. Mimosa hostilis prefers humid climates and warm areas.

Acacia confusa is also found in Hawaii although it is not a native plant but has been planted by humans and has become an invasive species. This plant has the tendency to spread and this can damage the ecosystem of Hawaii. Therefore, the collection of acacia confusa bark in Hawaii does not cause environmental damage, but on the contrary, it can be considered an environmental control measure.

With more than 10 years of experience we offer you the best mimosa root in the United States.